Chuseok is celebrated in many ways in South Korea. People are visiting their families, cooking traditional dishes and eating even more food than usually. In the south of the country, the town of Jinju is decorated by a 14-day lantern festival. There are plenty of similar festivals in Korea, but probably the largest and the most famous is the Namgang Yudeung Festival in Jinju. We were invited to enjoy this event by Kevin and Soonhee, a couple we met when they stayed with us in Prague over Couchsurfing.

As soon as we arrive at the festival, we become part of a crowd that flows from one installation to another. The festival is spread over the city centre, around the Jinjuseong fortress, on the hill and river. 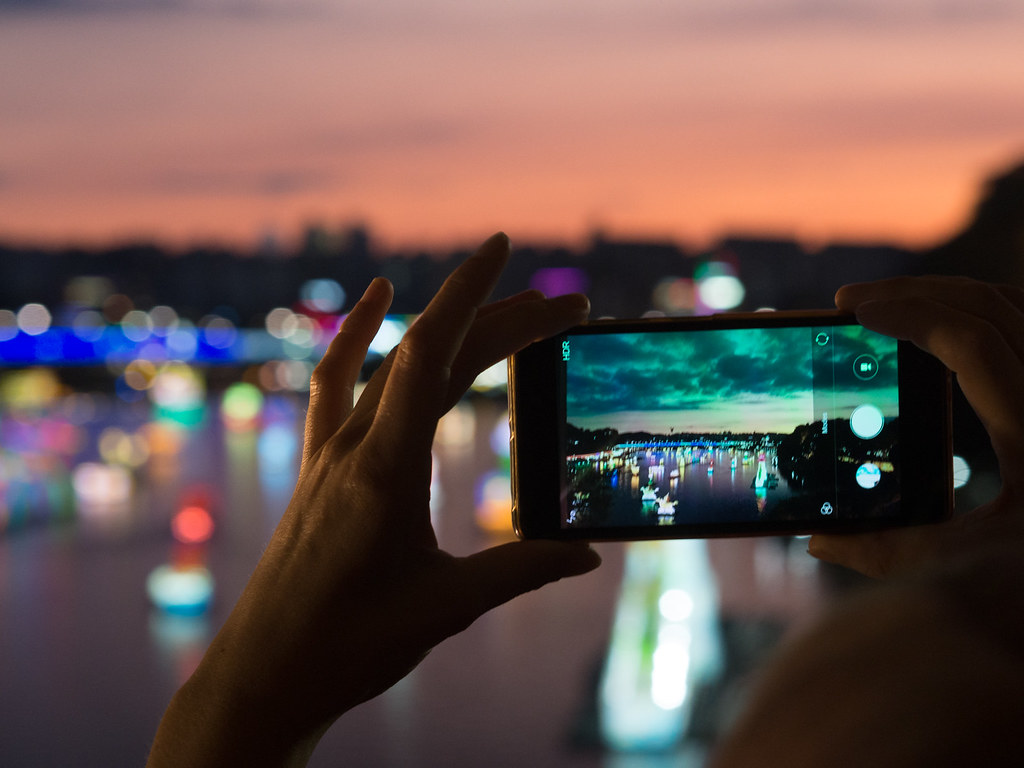 First, we head to the view over the river, from where we can watch all the lantern show at once. It’s dark, but the lanterns lighten the entire centre. 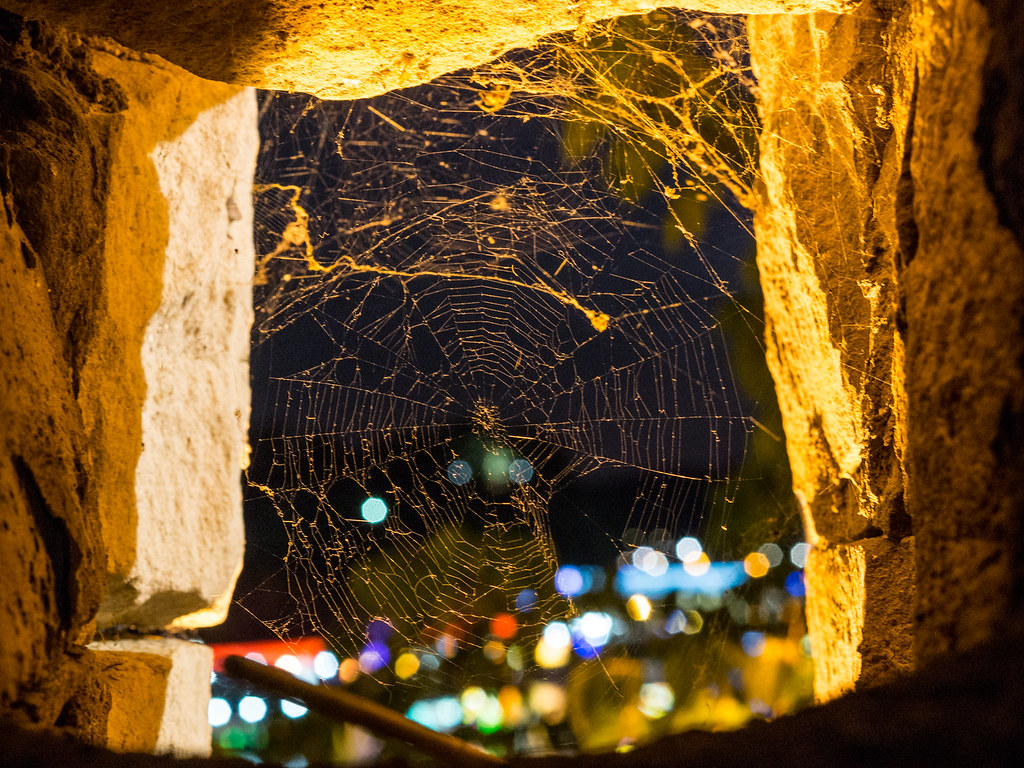 There is a queue to almost all the attractions. We can move freely only in the exhibition depicting the Japanese invasion of 1592 and Dom has time to record his first Korean report, which you can find at the end of this article. The tradition of lanterns comes indeed from the Japanese-Korean conflict when villagers lit up the lanterns on the river so that the Japanese troops could not wade the river at night. 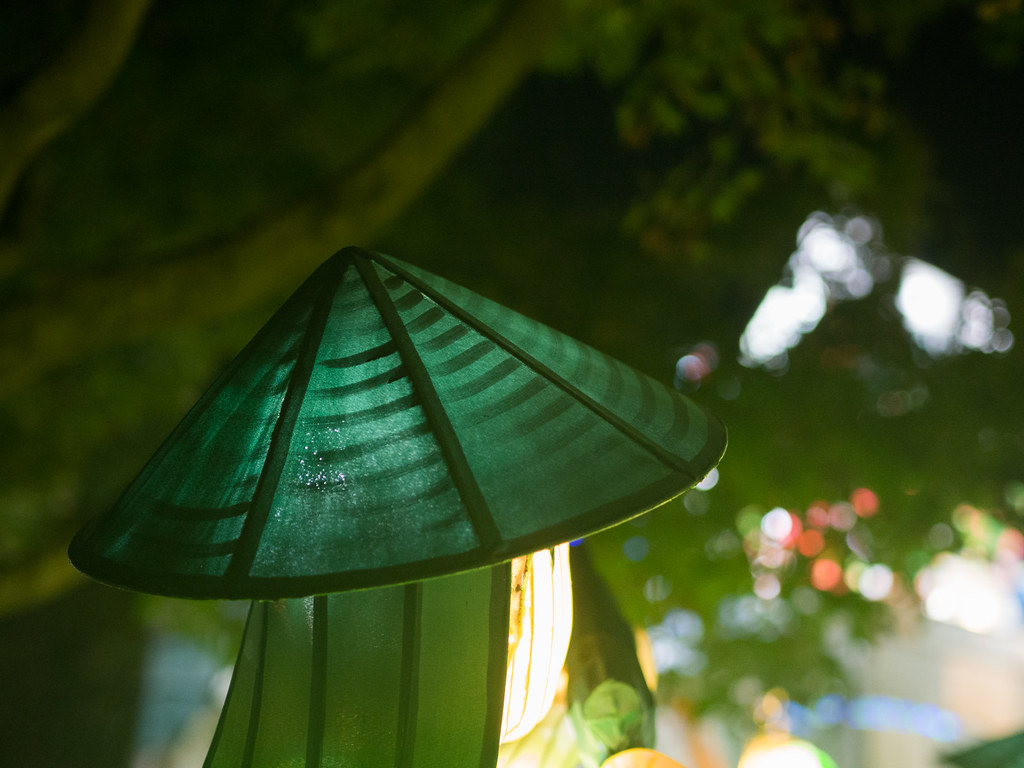 We have to wait to get to the floating bridge across the river. But we don´t mind. Above our heads, there are hundreds of round colourful lanterns. And dozens of lanterns have been installed on the river. There is almost the whole of Disney club overlooked by the Statue of Liberty. But the most important part of the festival are small floating lanterns, where local people write their wishes and send them down the Namgang River. 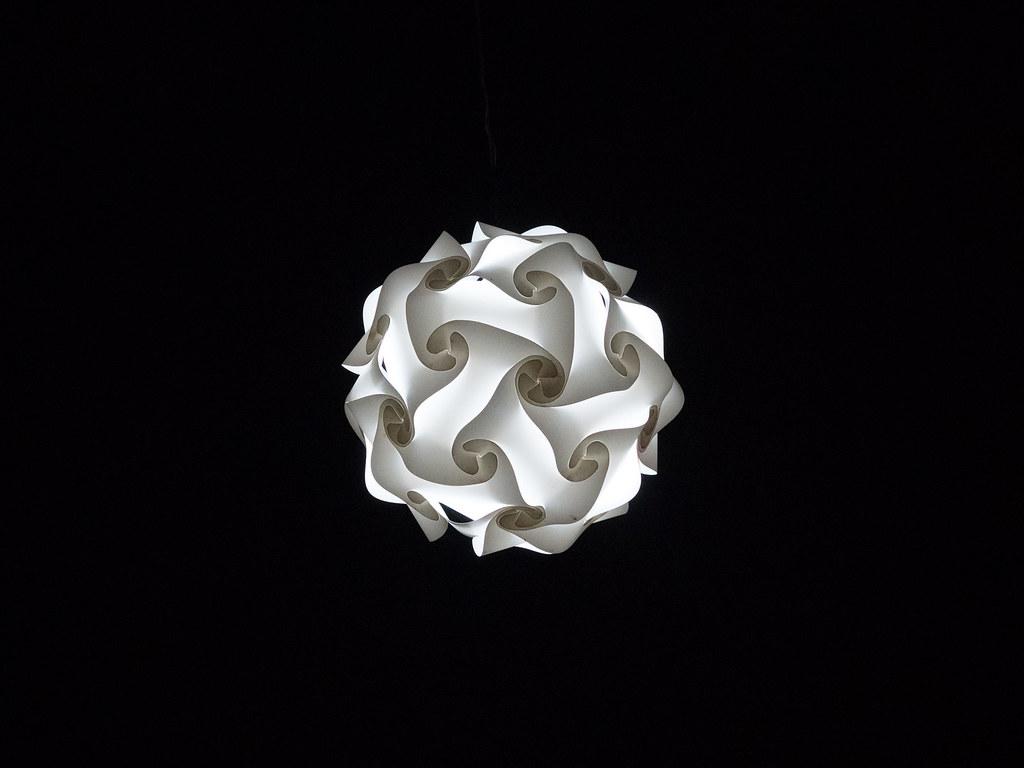 The other side of the river is dedicated to children. They are waiting impatiently in the queue for a picture with the Beauty and the Beast, a Snail or Shrek. A life-sized elephant´s trunk serves as a slide for the smallest. The whole show is also accompanied by hand-made students’ lanterns. 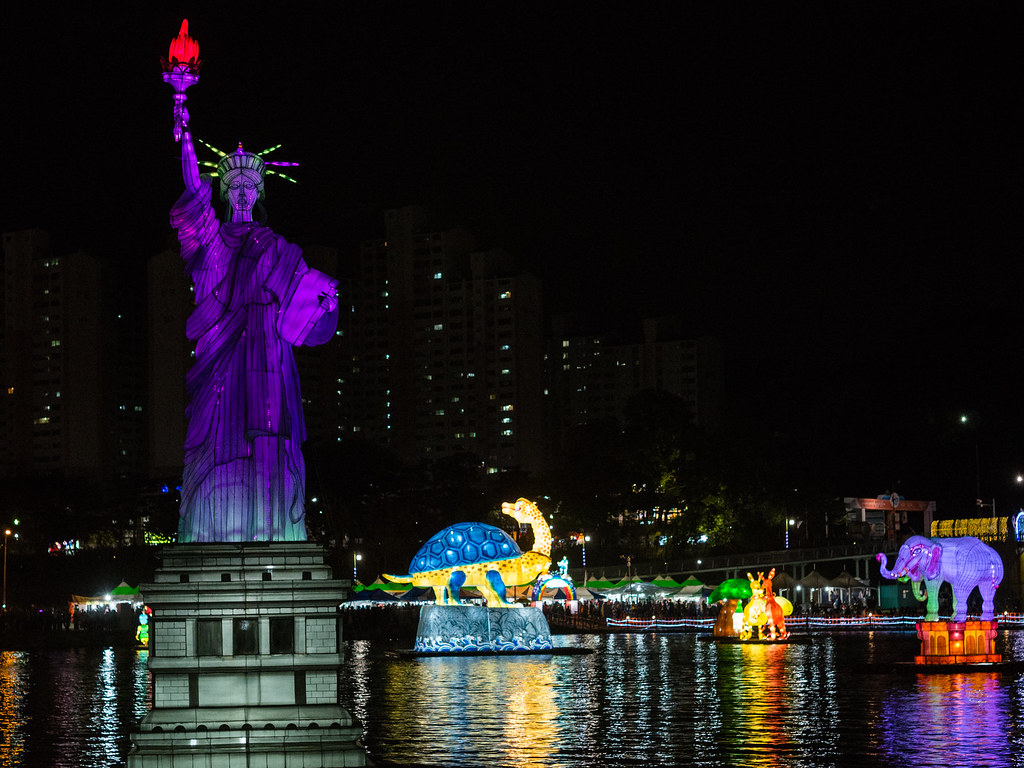 To get back to the other side of the river, we need to walk through a light tunnel, which, unlike the movie characters, is truly magical. Peaceful music is played from the speakers, and we can´t resist making several selfies. 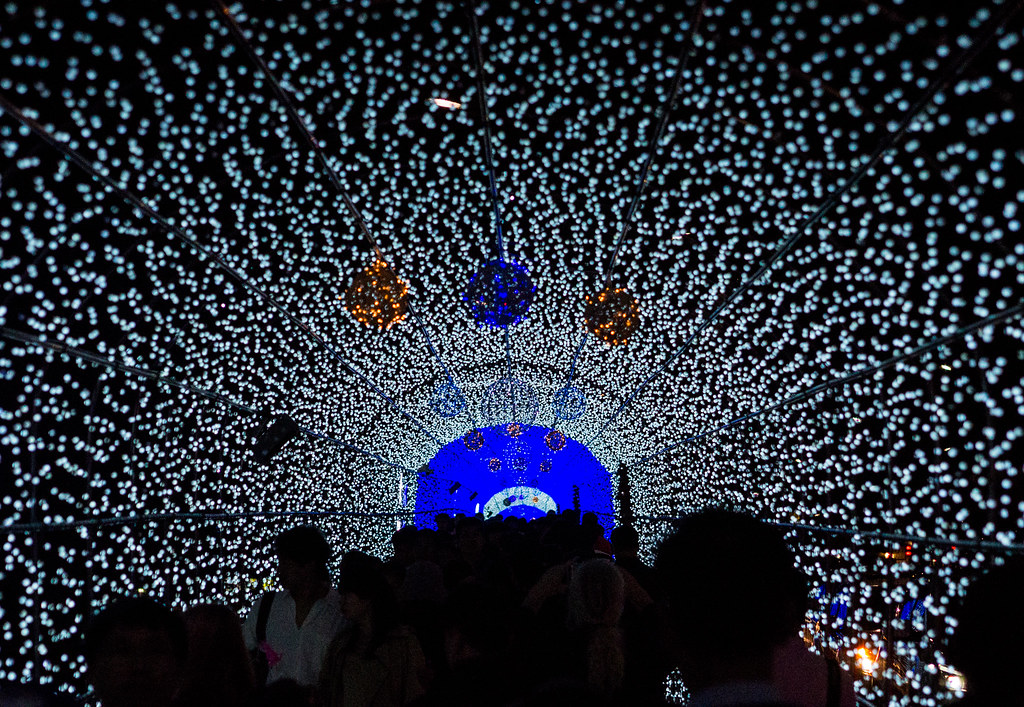 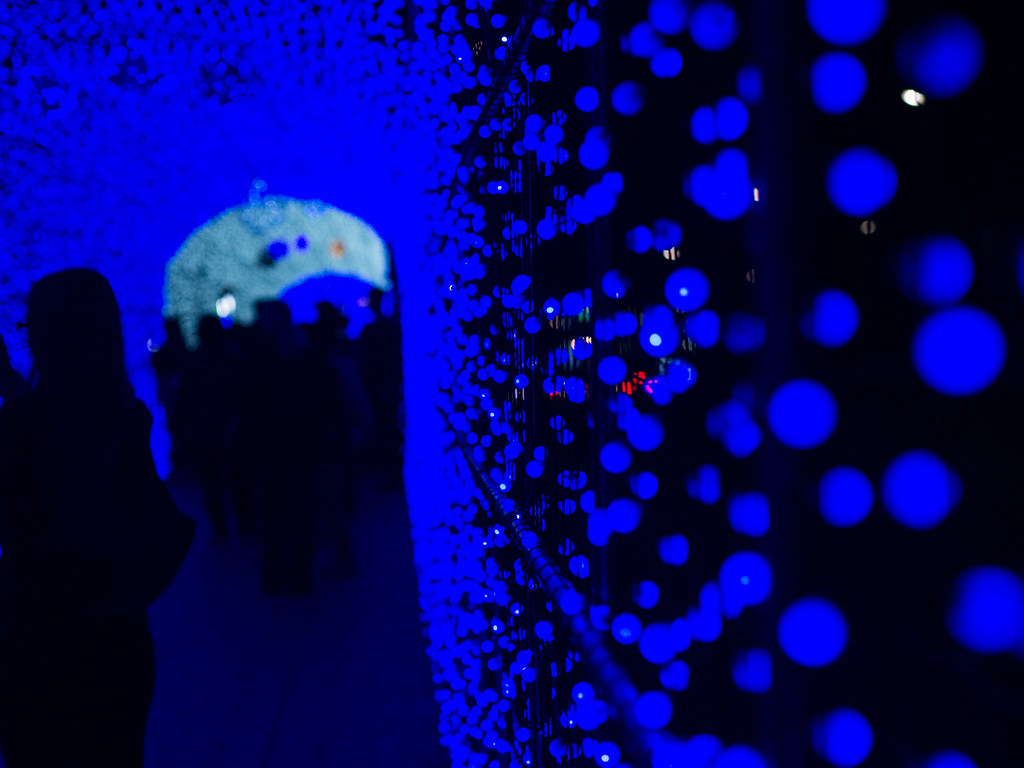 Probably the most beautiful part of the festival, are traditional lanterns, on which people write messages to the deceased. They give the place the real spell. 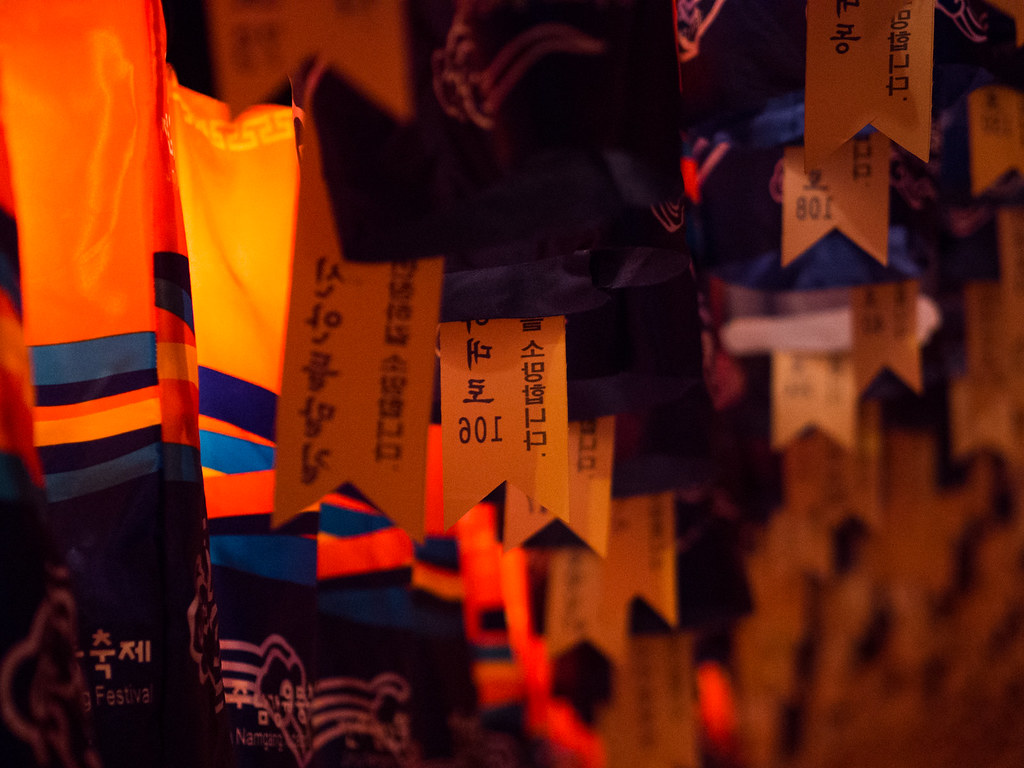 And of course, there are food stalls everywhere and we can’t resist. We are still not able to name the Korean specialties, so we just point our finger to everything we want to taste. The international cuisine also has its place here, so you can try German sausage, French pancake or Turkish honey.

The peak of the whole show was a street artist in a chicken costume that was tirelessly singing the popular Korean songs and made the audience dancing. 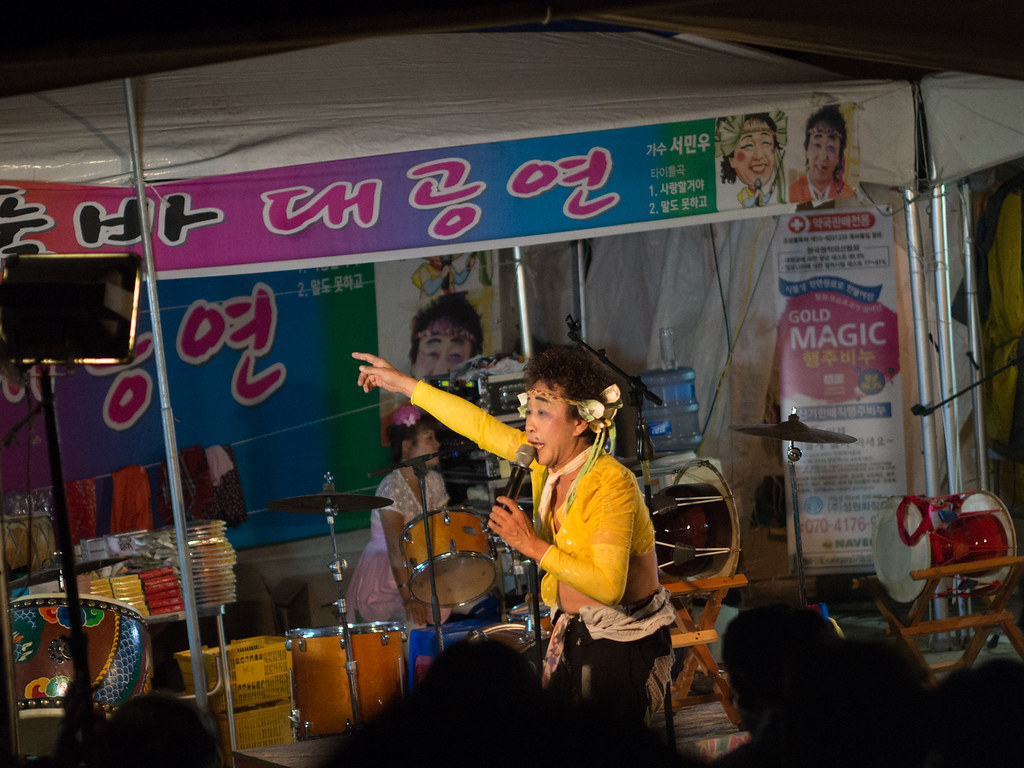 And finally, the promised video report.
Are you travelling to South Korea and would you like to visit the festival in Jinju? You can find all the necessary information on its oficial site.
April 11, 2018 By Darina Fedorova
Support author
Share
« Previous post
Daejeon & san #2 Gyeryongsan
Next post »
Crawling delicacy